‘a dramatic, riveting novel of our times.’  — New York Review of Books

Winner of the Independent Publishers Book Award for General Fiction

Summer 1966: a small group of recent Yale graduates gather in a Maine summer cottage; an aura of power, earned and unearned, assumed and desired, hangs over this Ivy League world.

Harry Nolan, the son of a United States senator about to enter the US Army and Sascha, his beautiful young bride, represent the apex of their generation. Sascha has men falling for her ‘up and down the eastern seaboard’, and Harry’s friends are convinced that he will one day be President. The narrator is Louie, whose unspoken love for Sascha is like a worm, cracking apart every innocent assumption.

But the central tension surrounds Harry, who must decide if he’s going into the Army simply to maintain his political viability – and so dishonouring his right to lead. But, if he doesn’t go, he may never have the chance. The events that ensue are fateful for the characters as they are emblematic of the era they grew up in.

Jeffrey Lewis has won a string of awards for his novels including the Independent Publishers Gold Medal for Literary Fiction. He has also received two Emmy Awards and the Writer’s Guild Award for his work as a television writer and producer.

Also by this author, Bealport, Adam the King, The Conference of the Birds, Berlin Cantata, The Inquisitor’s Diary, and The Meritocracy Quartet. 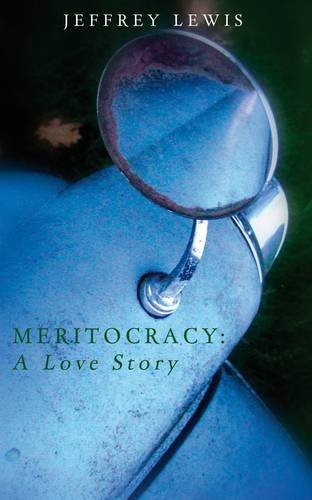