‘Lukin is a wonderful, enigmatic woman who remains shrouded in mystery.’ – DIE WELT

Only where the ground was soaked with blood will the peony bloom with such a strong shade of red.

When an elderly Serbian couple are murdered in Kosovo, police are perplexed: there seems to be no motive. But when Milena Lukin’s uncle recognises the murdered woman as his first love, his niece decides to investigate. All too soon, Lukin is embroiled in the dangerous world of Balkan politics, where the past weighs heavy on the present, and nowhere more so than in her home town of Belgrade. It isn’t long before she is caught up in a twisted world of merciless profiteers and mendacious politicians who have little incentive to see old wounds healed and will stop at nothing to retain power.

JELENA VOLIĆ lectures Modern German Literature. She divides her time between Belgrade and Berlin. CHRISTIAN SCHÜNEMANN is a journalist who has worked in Moscow and Bosnia-Herzegovina. He received the Helmut Stegmann Prize for Journalism in 2001.

Also by these authors, Cornflower Blue. 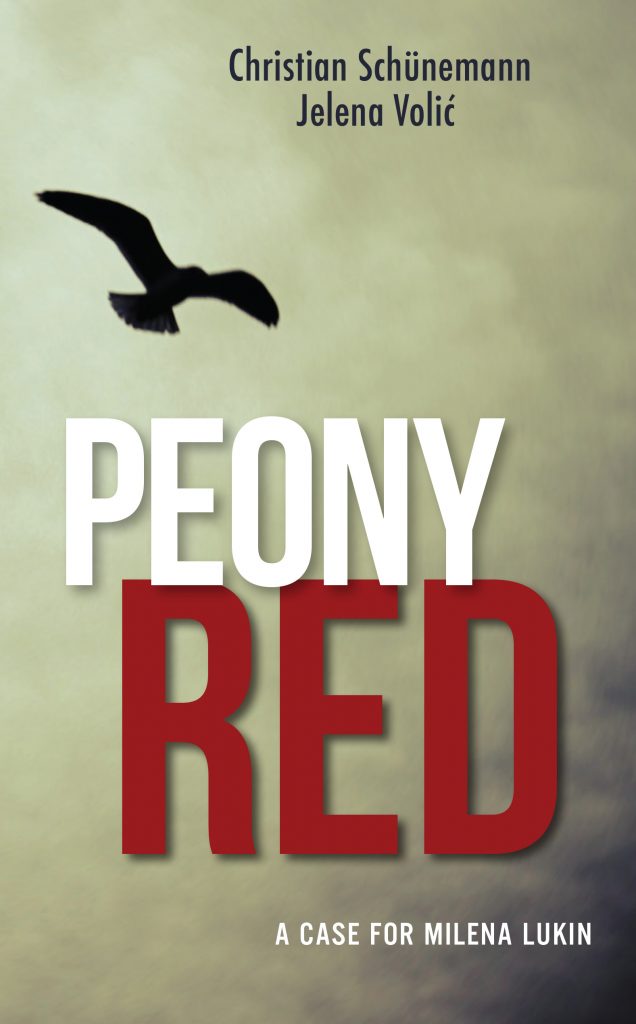