‘not at all predictable, fascinating in its historical detail, carefully controlled and inventive in the creation of the character of Bartholomew.’ – The Bookbag

On 13 August, 1476, off the coast of Portugal, the ship commanded by Christopher Columbus was wrecked. Columbus, who would later become an Admiral, had just turned twenty-five. He was miraculously able to reach the coast where he found refuge with his younger brother Bartolomeo, a map maker, in Lisbon. The world had been expanding since the beginning of the 15th century, and Portugal was at the very centre of exploration endeavors.

The Columbus brothers worked relentlessly for eight years to prepare the voyage Christopher dreamed of: the search for the passage to the Indies, Cipango and the Empire of the Great Khan.

Bartolomeo tells the story from the very outset; he is his brother’s accomplice and the main witness to the events leading to the Indies Enterprise. How could this exquisite passion for discovery lead to genocide? Why explore if it only leads to the destruction of what has been discovered?

ÉRIK ORSENNA has written seven novels and been awarded the Roger Nimier and Goncourt prizes. He was elected to the French Academy in 1998 and occupies Jacques-Yves Cousteau’s seat. Haus Publishing also published Orsenna’s Portrait of the Gulf Stream in its Armchair Traveller series.

ANTHEA BELL‘s translations include W.G. Sebald’s Austerlitz, Wladyslaw Szpilman’s memoir The Pianist, E. T. A. Hoffmann’s The Life and Opinions of the Tomcat Murr, as well as a large selection of Stefan Zweig’s novellas and stories. Her prizes and awards include the Mildred L. Batchelder Award (seven times), the Independent Foreign Fiction Prize, the Helen and Kurt Wolff Prize, and the Oxford-Weidenfeld Translation Prize. [/expand]

Also by this author, Portrait of the Gulf Stream. 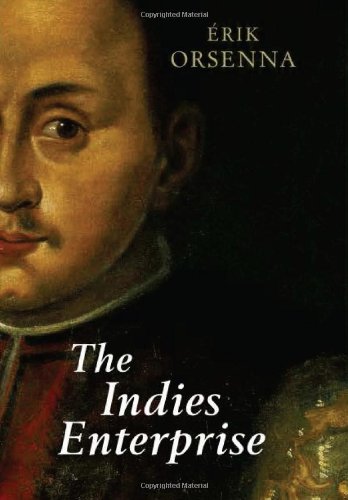