THE LANGUAGE OF BIRDS

‘One of the most sophisticated writers this country has produced in recent years.’ —Der Spiegel

‘… A beautiful exploration of constraints, freedom, and death… The Language of Birds is an atmospheric and poignant novel.’ — Helsinki Book Review

Paul Arimond is an army paramedic based in Afghanistan; it is 2003 and war rages around him. Yet Paul is more troubled by what he has left behind — a permanently damaged friend injured in a car crash in which Paul was driving. His enlistment is in part an attempt to escape his feelings of guilt, but also motivated by a fascination with Ambrosius Arimond, his 18th-century ancestor, a traveller and ornithologist who developed a theory of the language of birds.

Embroiled in the war and his own memories, Paul preoccupies himself with bird watching and keeping a diary of his sightings. The Language of Birds is punctuated by lyrical musings on their appearance and behaviour into which Norbert Scheuer deftly weaves passages on the travels of Ambrosius in the late 18th-century and the stories of those Paul has left behind at home. The result is a sad, meditative novel that poignantly reflects the constant and inescapable presence of the past.

NORBERT SCHEUER has written novels, short fiction and poetry. His 2009 novel Überm Rauschen was shortlisted for the German Book Prize and he is the recipient of the George K. Glaser Prize and the Rhineland Prize for Literature. 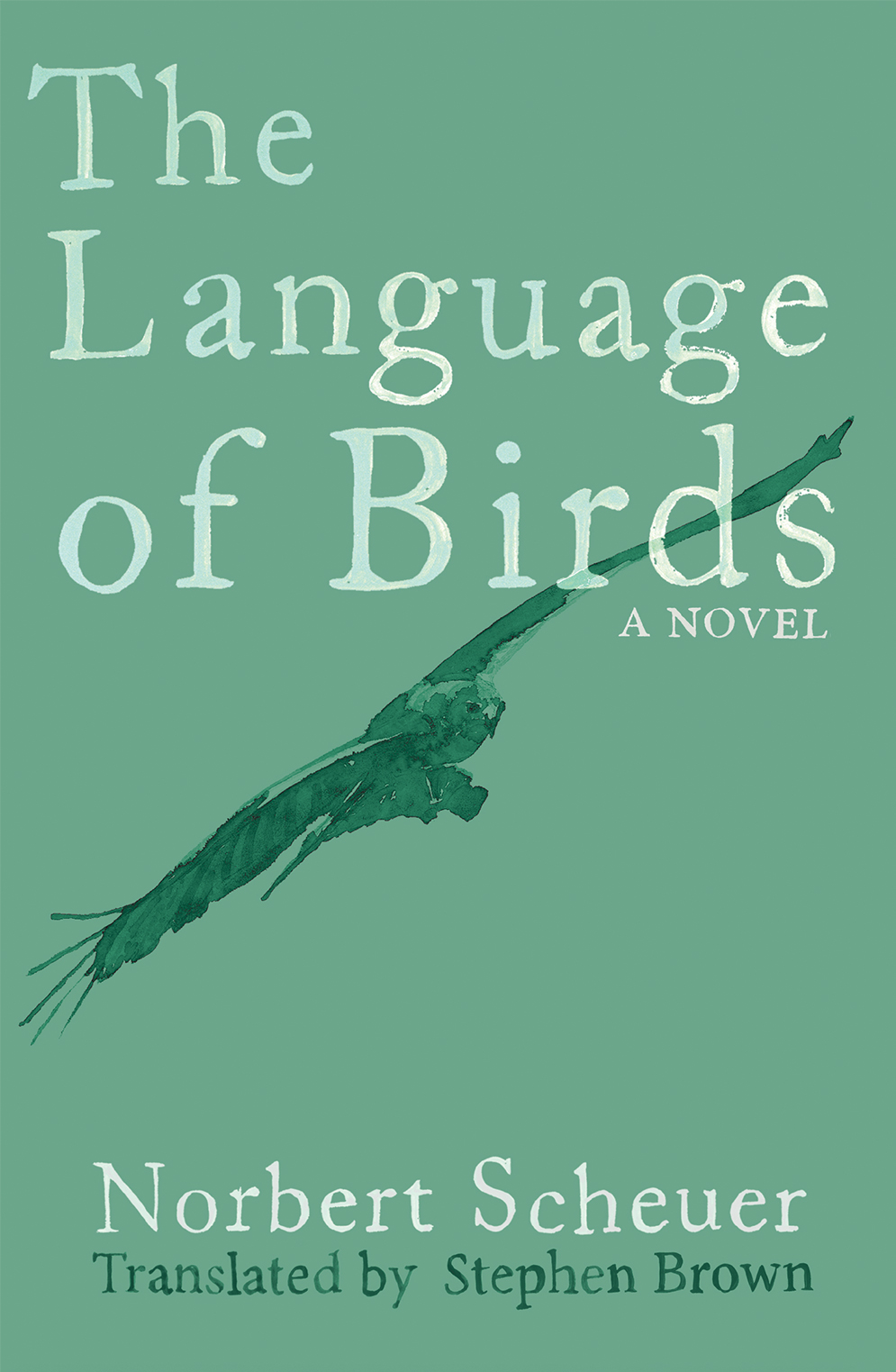