CITIZENS OF EVERYWHERE
Searching for Identity in the Age of Brexit

In 1939, with Europe on the brink of war, Peter Gumbel’s grandparents fled Nazi Germany for England. In 2019, appalled by the result of the Brexit referendum and the ugliness it exposed in our politics and wider society, he became a citizen of Germany, the country that had persecuted his grandparents 80 years earlier. How had it come to this?

Through the story of his family over three generations, Citizens of Everywhere explores identity and belonging in the wake of Brexit and the coronavirus. Gumbel reflects on the resurgence of a nationalistic world view, the growing multiplicity of identity in our digital age, and the surprising reversal of roles, as Germany has replaced Britain as the hope-bearer in Europe. Above all, he reminds us why tolerance and freedom of movement are still worth fighting for.

Gumbel’s short book will speak to many as he describes how the Britain he knew and loved, that welcomed his ancestors so readily, has taken a wrong turn as it rejects the European project and engages in an ill-fated struggle against an ever more interconnected world.

PETER GUMBEL is a Paris-based writer and editor. He spent 16 years at the Wall Street Journal, including postings in New York, Moscow, Berlin, and Los Angeles, and moved to Paris in 2002 to cover European business and the economy for Time Magazine. In 2006, the Work Foundation named him ‘Journalist of the Year.’ He is the author of four books on France, including a best-selling critique of the French education system. 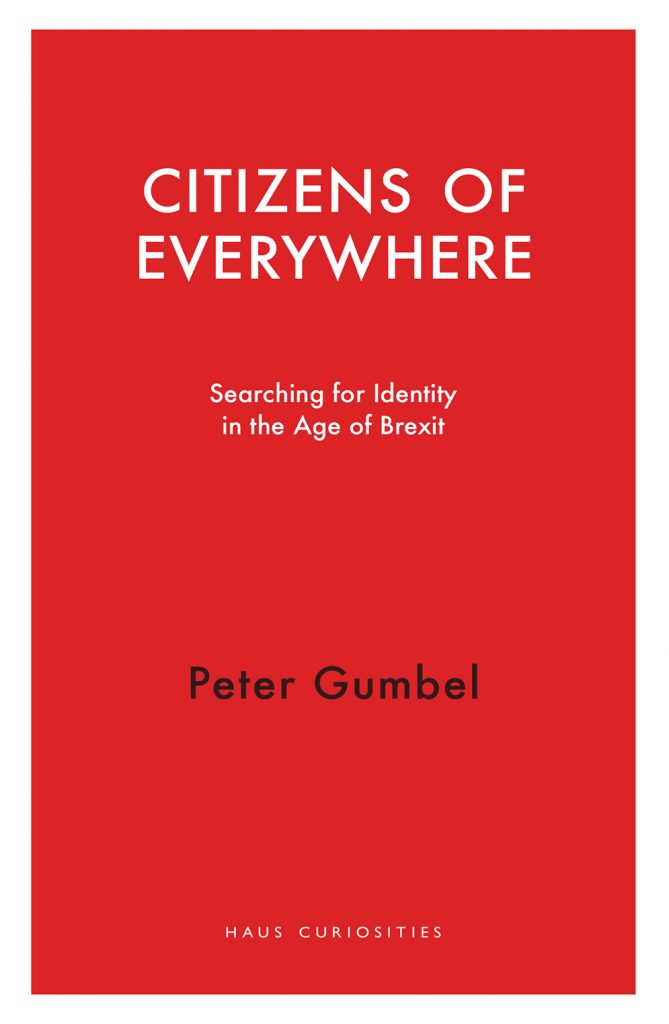