THE EUROPEAN IDENTITY: HISTORICAL AND CULTURAL REALITIES WE CANNOT DENY
by Stephen Green

‘[This] little paperback argues for realism about Britain’s options and its connections with the Continent.’ – Church Times

‘Green argues the prime case for Europe as shared values rather than share values…Certainly this short book should be compulsory reading for the Remain campaign, offering as it does some inspiration, hope and spice for those who self-define as Europeans…The real shock is that this is a Tory…who is making the best case for Europe I’ve read in a long time.’ – Tribune

Is there any such thing as a European identity? Amidst all the kaleidoscopic variety what – if anything – do 28 members of the European Union have in common? The facts of history have created shared interests and cultural connections that are in the end more important than the differences. We know we are different from Asia; and we are more different from America than we – perhaps especially the British – think. So in a 21st century of globalisation and emerging great powers, Europe must discover and define that common identity. This is a challenge for all the big states of the EU.

Europe clearly has something distinctive and vitally important to offer: it is the experience of a unique journey through centuries of exploration and conflict, errors and learnings, soul-searching and rebuilding. It is an experience of universal significance. One way or another, the world will have to learn these lessons, and it will certainly be the poorer if this European voice is not heard.

Stephen Green was an international banker and Minister for Trade and Investment between 2011-13. He chairs the Natural History Museum, is an ordained priest of the Church of England and sits as a Conservative peer in the House of Lords.

Also by this author Reluctant Meister: How Germany’s Past is Shaping its European Future and Brexit and the British. 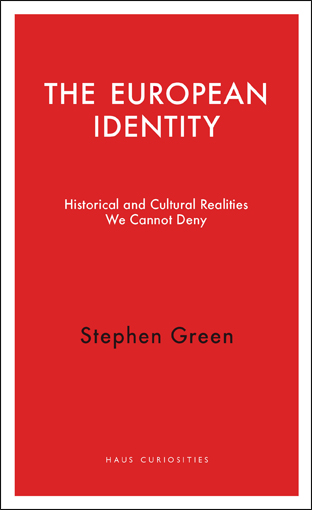