‘WE ARE THE PEOPLE’
The Rise of the AfD in Germany

‘Penny Bochum offers a timely analysis of the rise and radicalisation of the AfD… It is an important contribution to efforts to protect European societies from these new authoritarians.’ – Dr. Luke Cooper

‘This extremely insightful work not only expertly charts the rise of the AfD in Germany, but puts forward a convincing prospectus to deal with the populist challenge in advanced democracies… The book is a must-read.’ – Dr. Patrick Diamond

‘…the book offers readers a valuable insight into the development of the AfD and its various factions, providing a useful springboard from which readers can broaden their understandings of the contemporary German political landscape and its recent controversies’ – LSE Review of Books

A populist wave has swept across western countries in recent years, exposing the vulnerabilities of liberal democracy and driving the political agenda to the right. Germany is no exception. In 2017, the far-right populist party the Alternative for Germany (AfD) became the third-largest party in the Bundestag, positioning itself against the ‘corrupt liberal elite’ as the voice of the people.

‘We Are the People’ examines the sudden growth and radicalisation of the AfD, from its eurosceptic beginnings in 2013 to its increasing extremism. Bochum discusses the distinct character of populism in Germany and argues that the AfD offers no real alternative. Worldwide political and economic insecurity makes it impossible to write the AfD off as a blip. Imploring us to learn from the German and UK experiences of populism, Bochum warns against the adoption of the populist agenda by mainstream political parties.

PENNY BOCHUM is a political researcher and writer working in Berlin and London. She has worked for Labour MPs and the SPD Bundestagsfraktion, and she has contributed to a range of publications including Can Labour Win? The Hard Road to Power. Visit Penny’s blog, here. 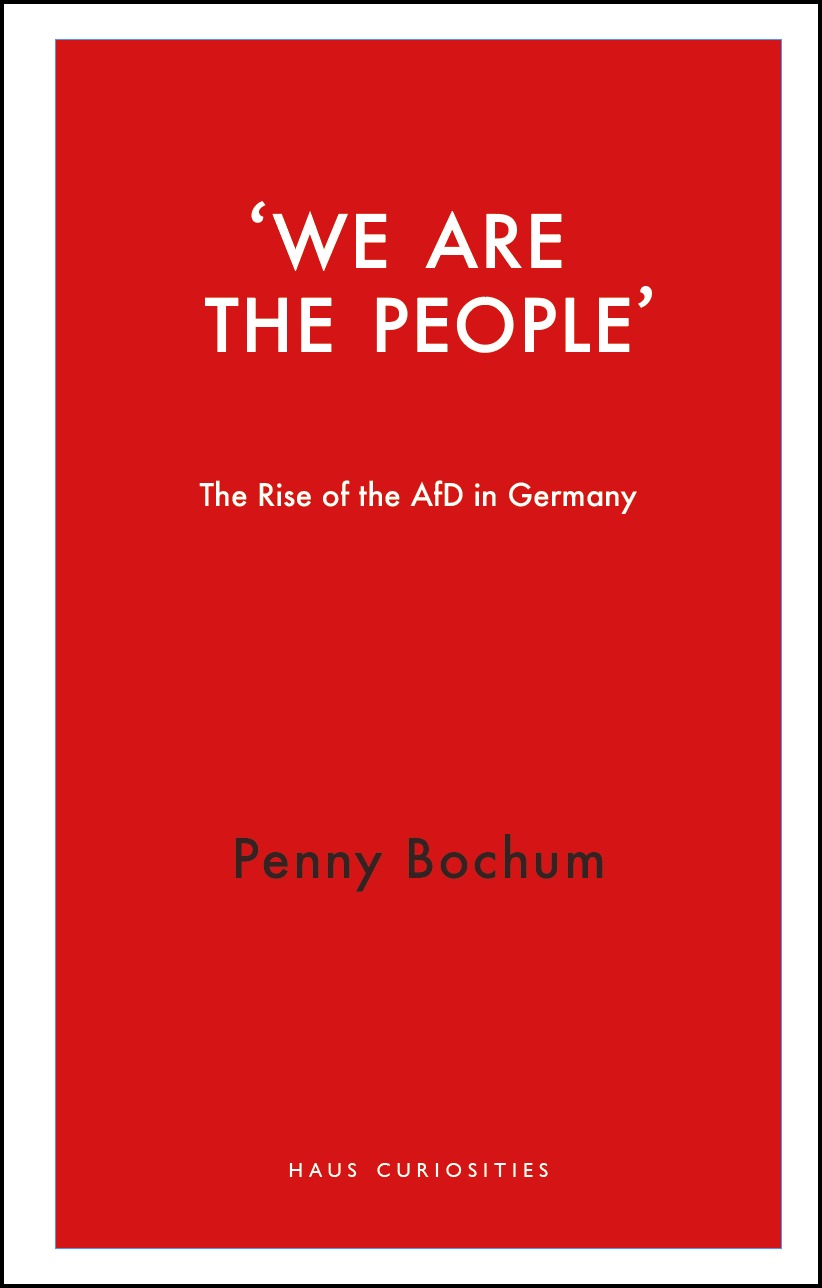