28 JUNE: SARAJEVO 1914 – VERSAILLES 1919
THE WAR AND PEACE THAT MADE THE MODERN WORLD
edited by Alan Sharp

On 28 June 1914, Archduke Franz Ferdinand of Austria was assassinated in Sarajevo. The assassin’s bullets proved fatal not only to the heir to the Austro-Hungarian throne (and, accidentally, to his wife, Sophie) but ultimately to the peace of Europe and to four great multi-national, multi-ethnic, multi-lingual empires that had dominated Eastern and Central Europe for centuries. At the end of the war, whose length and ferocity stunned its participants, subject populations across the globe, encouraged (not always intentionally) by the inspirational rhetoric of the American president, Woodrow Wilson, sought self-determination and statehood. Not all were successful but those that were transformed the maps of Europe and the world. Taken in conjunction with the peacemakers’ ambitious attempt to transform the conduct of international relations with the founding of the League of Nations, the Paris peace settlements suggested nothing less than a New World Order, though hardly an uncontested one. Vladimir Lenin’s bolshevism was the first of several revolutionary ideologies that would pose a serious threat to the new status quo.

Following on from Haus’s landmark 32-volume Makers of the Modern World series, this unique volume for the first time studies participation in the war from a truly global perspective. Its collection of 28 essays seeks to explain how each of the countries that signed the first of five Parisian peace treaties at Versailles on 28 June 1919 – exactly five years after that fateful day in Sarajevo – came to be there, or, the case of Russia and China, why they were not. Some, like the Kingdom of Hejaz, had never been a signatory to a treaty before whilst Poland had seen its nationals fight for three different, opposing armies. Finally it offers an overview of the peace settlements and the post-war world.

Alan Sharp was Professor of International Studies and Provost of the Coleraine campus of the University of Ulster. His teaching, research and writing has focused on 20th-century international history and British foreign policy after the First World War.

Also by this author, Consequences of the Peace and Versailles 1919. 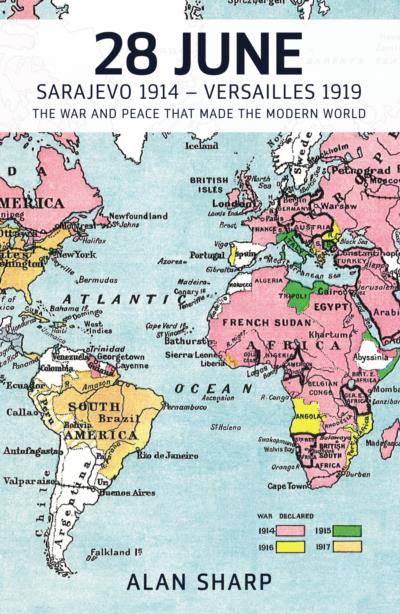