THE ROSSETTIS IN WONDERLAND

The exiled Italian poet Gabriele Rossetti arrived in London in 1824 with a few letters of introduction, little money and less English. But within one generation, he would bequeath his new city with a remarkable cultural legacy through the accomplishments of his children. There was the poet and Pre-Raphaelite painter Dante Gabriel, the poet and religious thinker Christina, the nun and Dante Alighieri scholar Maria, and William, who combined a life of English letters with a successful career in finance. The lives and achievements of the Rossettis are placed within the wider context of the artistic, literary and spiritual communities that inspired them and that they shaped in their turn. They worked with each there and in collaboration with the most famous figures of their day – the Barrett-Brownings, Tennyson, Swinburne and Ruskin – as well as within significant groups like the Pre-Raphaelites, Anglo-Catholics, Freemasons and suffragists.

DINAH ROE is a writer and a lecturer in nineteenth-century English literature. Born and raised in New York State, she was educated at Vassar College, Oxford (St. Edmund Hall) and University College London. She lives in London with her husband. 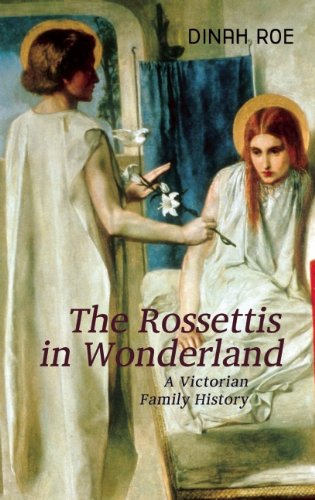