Cleopatra VII (69-30 BC) Egyptian queen (of Macedonian descent), last ruler of the Ptolemaic dynasty in Egypt. Daughter of Ptolemy XII, she ruled with her two brother-husbands, Ptolemy XIII and Ptolemy XIV, both of whom she had killed, and with her son Ptolemy XV or Caesarion (44-30).

This biography concentrates on the fascinating aspect of Cleopatra’s ever-shifting identity. A master of self-presentation, she was the first to craft for herself an image or, to be precise, a number of images. Depending on the audience, she might present herself as a goddess, a political leader, or an alluring and exotic woman. Roman statesmen likewise manipulated Cleopatra’s image for their own political ends. The tension embodied in our sources for Cleopatra’s life make her story especially captivating.

The author’s approach to the biography focuses on the ancient sources, both the historical – Plutarch, Suetonius, Cassius Dio, Julius Caesar, Appian, and Velleius Paterculus – and the literary – Horace, Virgil and Lucan. Documentary evidence from inscriptions also is important. In addition, texts like Cicero’s Letters provide some real-time snapshots of Cleopatra.

PRUDENCE JONES is Assistant Professor at Montclair State University, having graduated from Harvard University with a Ph.D. in Classical Philology in 1999. She has lectured widely on Cleopatra, including at the APA Annual Meeting in Dallas in 1999. She is the author of Cleopatra: A Sourcebook as well as articles in journals, such as Classical World and Latomus. 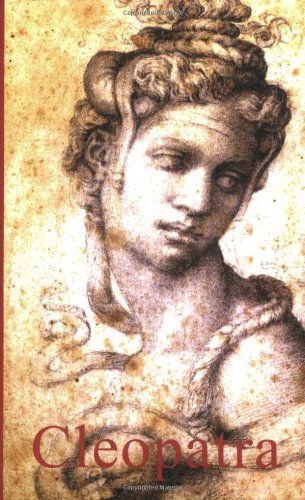