RIDA SAÏD
A Man For All Seasons

Dr Rida Said was one of the founders of modern Syria. The story of his life, narrated in this book and translated into English for the first time, will help to shed new light on the dilemmas and challenges of bygone and contemporary Syria.

Born in Damascus in 1876, Said trained as a medical doctor in Istanbul and Paris. He served as a field doctor with the Ottoman army in the Balkan Wars, but became disillusioned about the Ottoman Empire. Like other Syrians, he was aware of an aggressive Turkish nationalism that alienated Arabs. After his medical work in Damascus during the First World War, and following the collapse of the Ottoman Empire, Said became a pioneering educationalist in Syria under the French Mandate. He was the first head of Damascus University, and then Minister of Education. He died in 1945, a few months before Syria finally achieved independence (1946).

Rida Said: A Man of All Seasons tells the story of this remarkable man who helped to shape many aspects of modern Syria and lived through the Ottoman and French occupations, staying true to his commitment to the education of Arab people.

SABAH KABBANI (1928–2015) was born in Damascus and educated in Syria and France. He had a career in public service as director of Syrian Television and as a senior official in the Ministry of Foreign Affairs. He was appointed Ambassador to the United States in 1974. PETER CLARK is a writer, translator and consultant who was director of the British Council in Syria (1992–97). He has written books on Marmaduke Pickthall, Wilfred Thesiger and Charles Dickens, and has translated fiction and non-fiction from Arabic. He is the author of Damascus Diaries: Life under the Assads (2015). 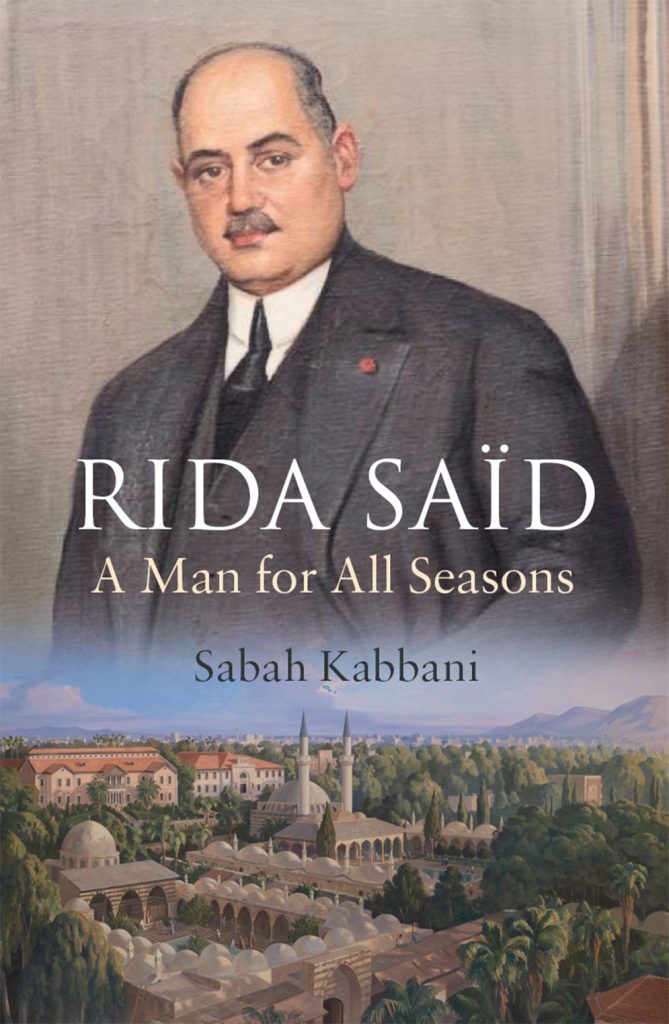