ROMMEL
The End of a Legend

Erwin Rommel is the best-known German field commander of the Second World War. Repeatedly decorated for valour during the First World War, he went on to lead the German Panzer divisions in France and North Africa. To his British opponents he became known by the sobriquet ‘Desert Fox’. But how should he be judged by history? To many he remains the ideal soldier, but as Reuth shows, Rommel remained loyal to his Führer until forced to commit suicide, and his fame, to a great extent, was the creation of the master propagandist Joseph Goebbels. Stripping away the many layers of Nazi and Allied propaganda and myth, Reuth argues that Rommel’s life symbolises the German tragedy: to have followed Hitler into the abyss, and to have considered that to be his duty.

RALF GEORG REUTH is a German journalist and historian. He has written several books on German history, including major biographies of Hitler, Goebbels, and Rommel, and was the editor of the Goebbels’ diaries. 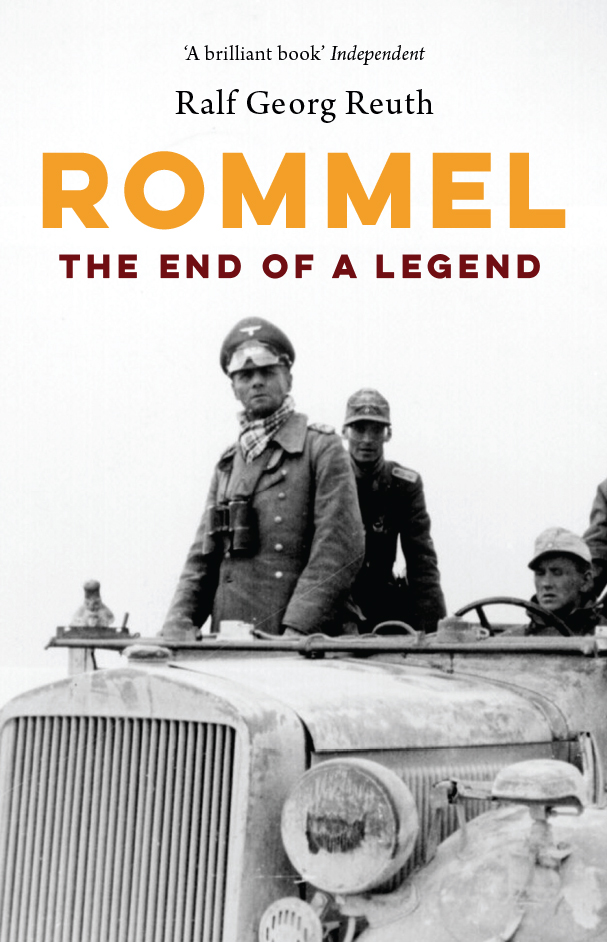