A TRAVELLER’S WINE GUIDE TO SPAIN
by Harold Heckle, with original text by Desmond Begg

‘Offers invaluable information…clear, colorful maps, driving times from major cities, descriptions of the regions and their wines, short and lengthy itineraries and times and places for local wine festivals.’ – The New York Times

Spain has more land under vine than any other country in Europe, and over the past thirty years has transformed its wine industry into one of the greatest in the world. Using a unique combination of native and imported grape varieties, Spain now produces a wide range of quality wines. Yet its wine regions and villages, many of which are located in unspoiled and remote areas, remain relatively unknown. The authors introduce the wine-loving traveler to these regions providing a background to their wines and leading bodegas or wineries.

Harold Heckle is a journalist and author. He works as a correspondent with an international press agency and contributes a wine column to the Spanish daily newspaper El Mundo. A long-term admirer of Spanish culture and an inveterate traveler, he is based in Madrid and has visited virtually all Spain’s wine regions, both on the mainland and in the Balearics and Canary Islands. Desmond Begg is a leading expert on the wines and spirits of Spain and Latin America. He studied Spanish and Modern History at the Universities of Oxford and Granada and has contributed to numerous international wine magazines. 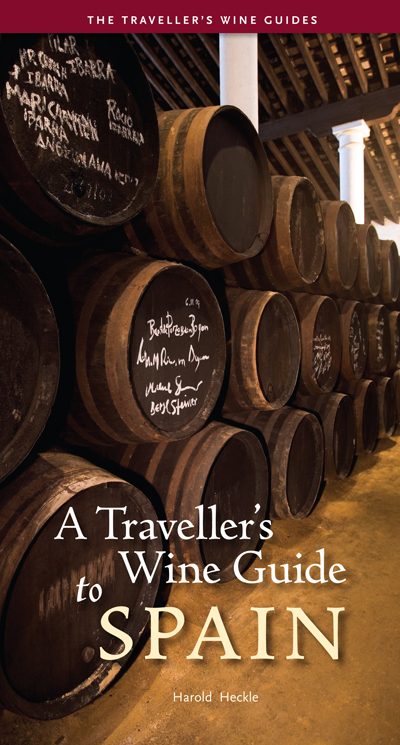