DAMASCUS: TASTE OF A CITY
by Rafik Schami & Marie Fadel

‘Done with aplomb, it has both logic and charm…will no doubt delight foodies’ – The Spectator

‘Urban history has never been so mouth-watering’  – The Guardian

It is said that when a man has lived seven years in Damascus, Damascus lives with him.
Damascus was Rafik Schami’s home for 25 years before he went into exile, and he never forgot it. This ‘Pearl of the Orient’ is still the city he loves more than any other.
Thirty years later, and now a prize-winning novelist, Schami leapt at the chance to write a culinary-cultural book on his former home town. There were, however, two seemingly insurmountable barriers – time and geography. So Schami’s sister Marie wandered through Damascus for a year on his behalf, relaying curiosities, sounds, personalities, tastes and the smells of the Old City, while Schami wrote them down, relishing the diverse mark left on Damascene cuisine by its multifarious history.

Rafik Schami was born in Damascus in 1946, came to Germany in 1971 and studied chemistry in Heidelberg. Today he is the most successful German-speaking Arabic writer. His novels have been translated into 21 languages and received numerous international awards. Haus published his The Dark Side of Love in 2010. 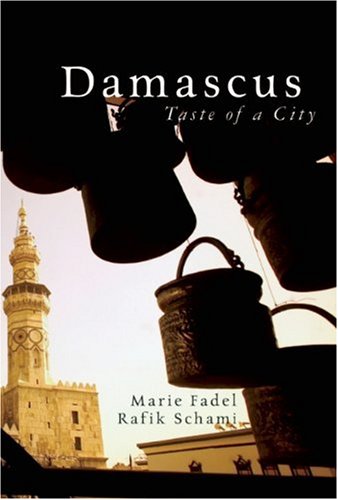