LIGHT YEARS: A GIRLHOOD IN HAWAI’I
by Susanna Moore

‘Interwoven in the text are excerpts from Darwin and Woolf, among others, although the most memorable line comes from an early-twentieth-century visitor to Hawaii, who reported that nearly no one was left alive who could play the nose flute “as it should be played, to the excruciation of every nerve in a Caucasian body.’  – The New Yorker

‘Moore’s premise is intriguing, and her prose elegant, with quick, vivid sketches of her island girlhood’ – Publishers Weekly

Susanna Moore cannot remember her first encounter with the sea – it has always been part of her life. She grew up in Hawai’i in the 1950s in a paradise of colour and light, a five-day voyage away from the US mainland. As a child she used to spend the endless days of summer with a pile of books under the palm trees near the beach. She could hear the whisper of the sea every day, and in the books of the great storytellers – such as Robert Louis Stevenson, Joseph Conrad and Daniel Defoe – she found the stories that the waves and wind told her as she plunged into a world of literature. This book is her recollection of that childhood in Hawai’i, walking barefoot to school, experiencing the adventures and sometimes dangers of island life and encountering the culture of the native Hawaiians. It is also an anthology of some of the greatest writing about the sea that has shaped her understanding of that world.

Susanna Moore spent her childhood with her four siblings in Hawai’i. In 1983 she started writing; her novel In the Cut was a US national bestseller, and in 2003 was made into a film starring Meg Ryan. In 1999 she was presented with the Academy Award in Literature by the American Academy of Arts and Letters. She lives and works in New York. 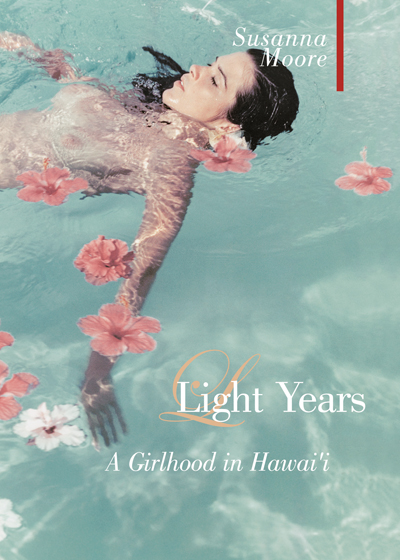