‘[London Fragments] captures a flavour of the capital in all its myriad glory… a refreshingly novel perspective.’  — Good Book Guide

‘When a man is tired of London, he is tired of life’. So wrote Samuel Johnson of the city and, in this book, Rüdiger Görner retraces the footsteps of many writers through London’s literary landscape. From the modernist ‘myth of London’ to Hanif Kureishi and his suburban perspective on this great ‘mega-city’, Görner rediscovers the capital in the light of the writers who have made London a ‘defining theme of modern literature’. From Virginia Woolf’s Bloomsbury to the Carlyles in Chelsea, from Shakespeare south of the river to Keats in Hampstead, London Fragments seeks out the defining spaces of literary London and shows how this city has been ‘tamed’ by the writers who re-imagine it in words.

In this elegant work, Rüdiger Görner effortlessly superimposes the London of years passed onto his own contemporary experience of the city, creating a narrative that is both personal – Görner passing taking on London as a flâneur – and highly erudite, a literary biography of London itself.

Rüdiger Görner is Head of the School of Languages at Queen Mary, University of London. He is also Founding Director of the Centre for Anglo-German Cultural Relations and a literary critic who has written for leading European journals including Die Zeit, Die Presse, and Neue Zuricher Zeitung. Görner has written and edited a variety of academic and literary publications, including most recently biographies of Thomas Mann and Rainer Maria Rilke.

Also by this author, Kokoschka. 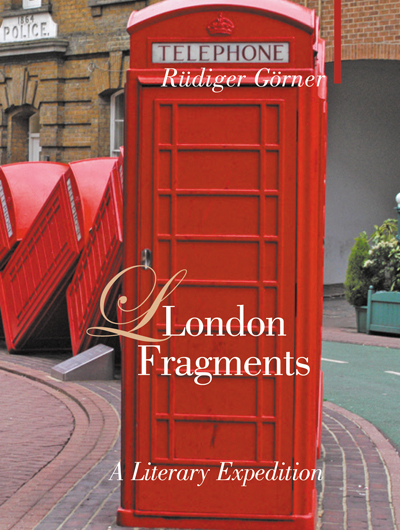