‘For me, who has spent many a summer on the Princes’ Islands, this book is a ravishing account of the enchantment of a poet by the landscape, the light and the people of this archipelago. Joachim Sartorius starts in the present without ever losing sight of the mystical legacy of Byzantium, the lives of the Greeks in the shadow of Istanbul and the loss of cosmopolitanism. He rekindles in us the wish to buy a ticket at once and embark for the islands.’  — Orhan Pamuk

Off the coast of Istanbul, in the Marmara Sea, lie the Princes’ Islands, an archipelago of unusual natural beauty, which has long been considered the maritime suburb of the imperial capital on the Bosporus and effectively shaped by its manifold history. The poet Joachim Sartorius draws a loving portrait of the landscape and the light, the political observer Sartorius describes the microcosm, which was always a reflection of Istanbul-Constantinople-Byzantium, while the novelist Sartorius introduces us to the characters, who inhabit this time capsule.

Joachim Sartorius is a writer, translator and former diplomat. In 1996 he was made Secretary General of the Goethe Institut and from 2001 to 2011 was the Artistic Director of the Berlin Festival.

Also by this author, The Geckos of Bellapais. 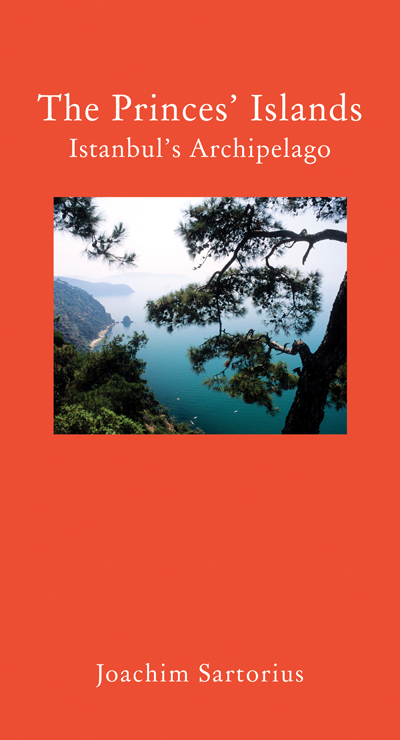