Every year for the 30 they have been married, Louis Begley and Anka Mulhstein spend long, enjoyable months in Venice. They write and live there and, over the decades, La Serenissima has become their second home.
The owners of their favourite restaurants have become their friends and they share the lives of the locals, far off the beaten tourist tracks, as Mulhstein describes so very charmingly in this book. Louis Begley tells the story of how he fell in love in and with Venice. He is not alone, as his brilliant literary essay on the city’s place in world literature demonstrates: Henry James, Marcel Proust and Thomas Mann are only some of his illustrious predecessors. Mulhstein and Begley’s Venice is a very private view of a place, which will forever inspire dreams of love and passion.

Louis Begley was born in Poland in 1933 and moved to New York to practise law in 1959. He is famous for his novel Wartime Lies. Anka Muhlstein is a historian and author and has written several books, including Reine éphémères. Mères perpétuelles (Temporary Queens – Eternal Mothers), published by Albin Michel in 2001. She has written several biographies, including a comparative one on Elizbeth I and Mary Stuart. She was honoured by the French Academy for her work on Cavelier de La Salle. 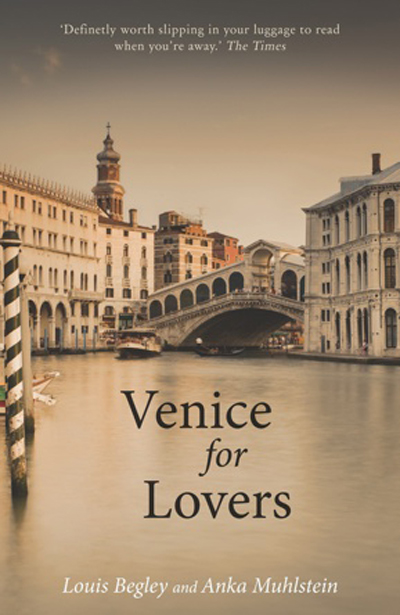